How to get to us

Route 58 between West Coburg and Toorak runs via William Street in the city centre every day, with services as often as every 6 minutes, stopping directly outside Melbourne Zoo at Stop 26.

Car parking is $2 for a five hour ticket. Don’t forget to display your parking ticket on your dashboard, as the area is regularly monitored by parking officers. Download the PayStay App from the App Store or Google Play in advance to skip the queue and pay for parking from your phone.

Melbourne City Sightseeing runs a convenient hop-on, hop-off shuttle service that services Melbourne Zoo 10 times a day — no need to book! Convenient stops are located throughout central Melbourne, including Federation Square and Carlton. The shuttle service’s Zoo stop is at our main entrance on Elliott Avenue.

There is a bus drop-off point at the main gate and all-day bus parking on the rail gate side of the Zoo (except school and public holidays, where it’s open to all vehicles).

Melbourne Zoo has a Changing Places facility equipped with extra features such as a tracking hoist, full-sized change table, larger-than-standard accessible toilets and more space to meet the needs of people with a disability. This can be accessed with a Master Locksmith Access Key (MLAK).

Their accessible toilets are located at:

Melbourne Zoo has an easy-to-follow path system, with access for people using wheelchairs and strollers.

Find out more about the architect 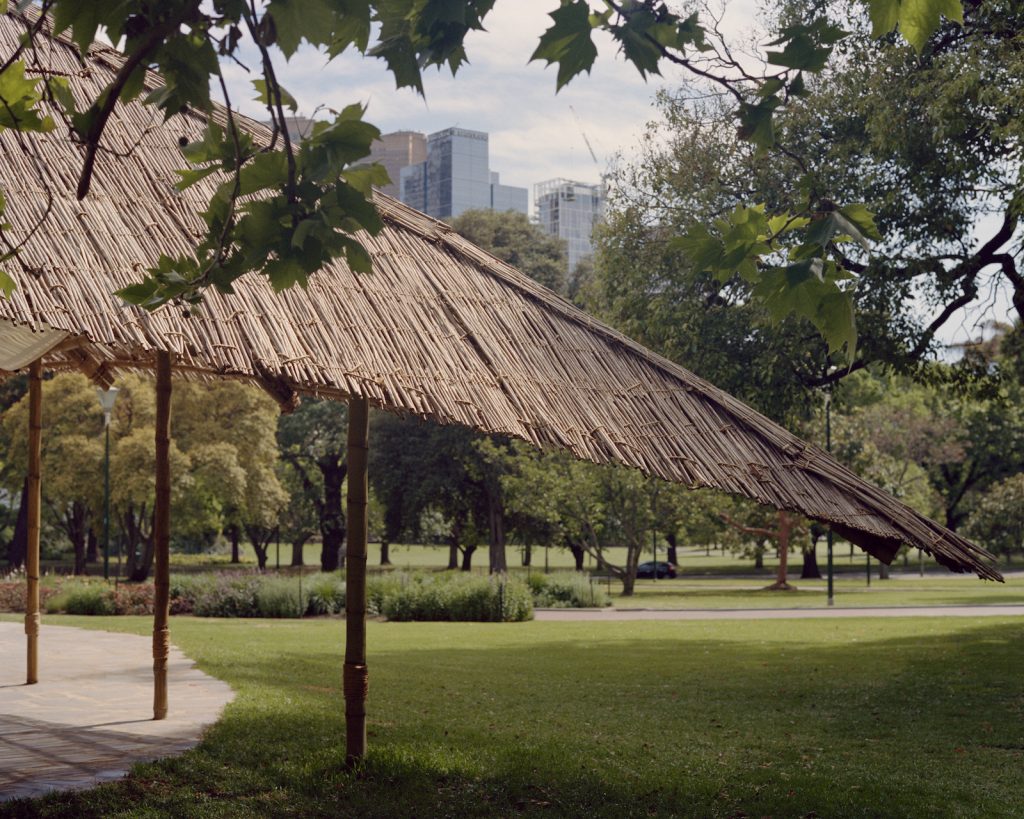 Studio Mumbai is unlike any other modern architecture practice. The studio works collaboratively with local artisans, craftspeople and draftsmen to design and build projects through an explorative creative process. This includes large scale mock-ups, models big–and–small, material studies, sketches and drawings. The studio’s projects are developed with care and consideration of place and practise while drawing from traditional skills, local building techniques and materials, and the ingenuity that arises from limited resources. The studio’s expression in built form—and Bijoy Jain’s practice—is deeply informed by the concept of ‘lore’, defined as “a body of traditional knowledge passed on by word of mouth”. Studio Mumbai creates architecture that ‘contains the life of its environment’ and this concept is expressed in commended projects including Copper House II, Palmyra House, Ahmedabad House and Saat Rasta, as well as future projects including Onomichi Community Center in Japan. The studio’s philosophy of local collaboration and sensitivity to the local context is manifest in its stunning headquarters in Alibag (south–west of Mumbai) and is similarly but uniquely expressed in MPavilion 2016. In 2016 MPavilion welcomes Studio Mumbai’s Bijoy Jain as its architect. “I’m honoured to be commissioned by the Naomi Milgrom Foundation to design the next MPavilion in Melbourne. I want it to be a symbol of the elemental nature of communal structures. Like Naomi, I see MPavilion as a place of engagement—a space to discover the essentials of the world and of one’s self.”

n.
A body of traditions and knowledge on a subject or held by a particular group, typically passed from person to person by word of mouth. Instinctive response to any condition is honest and devoid of any burden of culture. Such intuition is immediate in time and space. This detachment allows awareness and freedom.

Our pursuit is to postulate an environment that is elemental and sensorial, a field of varying conditions curated from our observations of everyday life. These conditions are formed to instigate or negotiate inside and outside. The works independently and collectively evoke indeterminate experiences. The idea is not to guide observers but to allow discoveries through visual layers. The act of making is embodied, both viscerally and physically, in the works. We hope this then emanates through the experience of these objects. The embedded energy of these objects has a potential to resonate with that of their observers. The works remain neutral and become containers of embodied energy – of thinking, making and seeing. All of these conditions defy their actual purpose and presence. They exceed their everyday existence and are neither contained nor in-finite in their presence or absence.

“Civilisations are built on aqueous foundations. Cultivation of architecture germinates from this very primordial relationship.”

Immediacy of material and immediacy of actions – of doing and undoing, is the only way to negotiate uncertainty. Spontaneity allows us to be agile and adaptable against circumstances beyond our control. Temporality then, is not consequential but intentional that can constantly absorb the dis-balance. Our endeavour is to be ever aware and find moments of epiphany in this. Everything
we do then is with awareness and intent however temporary or short-lived. We live in overlays of varied landscapes – natural and cultural. Our notion of the world is formed through continual engagements with these landscapes. We would like to constantly traverse these landscapes physically and metaphorically to continually expand our world. Through our continued research and documentation of these landscapes, we have discovered many phenomena which are discreetly present but non-extant in the collective consciousness. We are curious to test how this tacit knowledge can be transferred. Bijoy Jain’s and Studio Mumbai’s MPavilion 2016 was a wonderful point of difference to AL_A’s technological triumph of 2015.

Using traditional materials and methods, Bijoy’s stunning architecture combined the materials of bamboo, rope and karvi panels with the concept of ‘lore’ to create an architectural work of beauty, warmth and cohabitation—a place of meaning.