Time ceased to mean anything.

Clocks and calendars were useless contraptions that she never took notice of anymore.

If She hadn’t noticed that it was staying daylight for longer, She wouldn’t have even thought to Google when daylight savings had begun. She only noticed because the continuous daylight was preventing her from getting into bed at a ridiculously early time, not to sleep but to curl up with her sisters’ old pregnancy pillow and binge-watch early 90’s television shows or read one of the many unread books that sat on her dusty bookshelf.

It was the lifestyle that She was always judged badly for. Before, people thought She was antisocial, that she lacked goals and ambition, that She was depressed and refused to grow up and be an adult.

‘Now’, it was acceptable; at least in part.

Not only was She not advancing, but also no one else was either. She could wakeup whenever she wanted, but that didn’t mean She had to get out of bed. She usually started her day by rolling over and scrolling through every social media app that she had, this was a morning ritual from ‘before’ but now there was no time limit; one day She started scrolling and once She stopped she realized two hours had passed and She hadn’t even left her bed to pee.

She still went to work, only it was no longer an everyday occurrence. She could be found there between 10 am and 3 pm, three days a week, decked out in her comfiest pair of trackies. She didn’t care that she looked like She had just rolled out of bed (chances are that she actually did), no one was ever around to see her, so what did it matter?

It would take her about 20 minutes to complete the days tasks, because even without customers she still worked at an unusually fast pace, a trait that She was always very proud of, no matter where she worked. And then with nothing else to do She would blast the Hamilton soundtrack out of her borrowed portable speaker and dance her way around the store.

She did this so often that She had very nearly, completely memorized every single song, which is quite the achievement, at least to her.

‘Before’, when She was held accountable for her actions, when other people saw her and She felt the pressures of society, She had joined Jenny Craig and lost 14 kilograms. Back then She felt like an entirely different person, She was more confident, She was lighter, happier and She felt a sense of accomplishment, She was in control of herself.

She didn’t notice it slowly add on to her body, one meal at a time, until She finally had to go out in public in what society deemed proper clothes, to her this meant jeans that suddenly wouldn’t button up anymore. She didn’t feel heavier; She didn’t even feel like She was taking up extra space until She was. She noticed that her hips were wider while She was trying to make her way through the storeroom at work, She noticed that She felt a lot more sluggish which up until then She mistook for oversleeping or the pure tiredness that comes with depression.

‘Before’, She was on a small steady dose of anti-depression meds.

Her doctor didn’t know any of this.

She assumed he noticed that something was different about her and immediately made her fill out the horrid multiple-choice sheet that decided how crazy a person was.

She failed miserably, even She wasn’t aware of how bad She had gotten until She received her result. She received her new prescription and then spent the next week and a half feeling like She was on a boat in the middle of the ocean during a tornado.

She was constantly dizzy and seasick.

She threw up every day.

She couldn’t even eat.

She was repeatedly told that her body was just getting used to the new medication, so she kept taking it.

They were all wrong.

She had had a terribly bad reaction to the new medication. She had spent a week and a half of her otherwise okay life, sick in the middle of a fake ocean for no reason at all.

‘Now’, She was put back on her old medication.

It wasn’t until ‘Now’, that she realized how much she relied on other people.

‘Before’, she had her work to get her out of bed every day. She had her friends that she would go out and socialize with on the weekends, and her dysfunctional family to worry about, her sister and her niece that she spent a good chunk of the week helping and playing with.

Her sister in particular was incredibly important to her wellbeing.

She had her sister to keep her in check, who would continuously ask her what she was doing with her life. Her sister, that always encouraged her to try new things, to do better and be better, no matter how annoying she found it.

‘Now’, it was easier to ignore that sister’s advice, especially when she could simply not answer the phone and not reply to the message.

‘Before’, She took all of these people for granted.

‘Now’, She never will again.

Ashleigh Millar is a First Nations Gunditjmara woman and early-career writer living and working on Wurundjeri Country, Victoria. As a young girl, Ashleigh devoted her childhood to reading as a means to escape to new and novel realities and fantasies, far different worlds to her own. Encapsulating biographical-related chronicles based on her own memories and experiences growing up, Ashleigh’s medium of writing sees fact bleed into fiction in her ever-growing short story collection. In 2019, Ashleigh received the University of Melbourne Cadetship (Literary) with Meanjin QuarterlyMagazine, and in 2018 was published in AustLit’s BlackWords ‘Growing Up Indigenous in Australia’, an online teachers’ resource, spring boarded from Anita Heiss’s nationally successful ‘Growing Up Aboriginal in Australia’. Ashleigh is a regular contributor to the Robinsons Bookshop newsletter, where she reviews new literary releases to General Fiction, YoungAdult, and Sci-Fi genres. 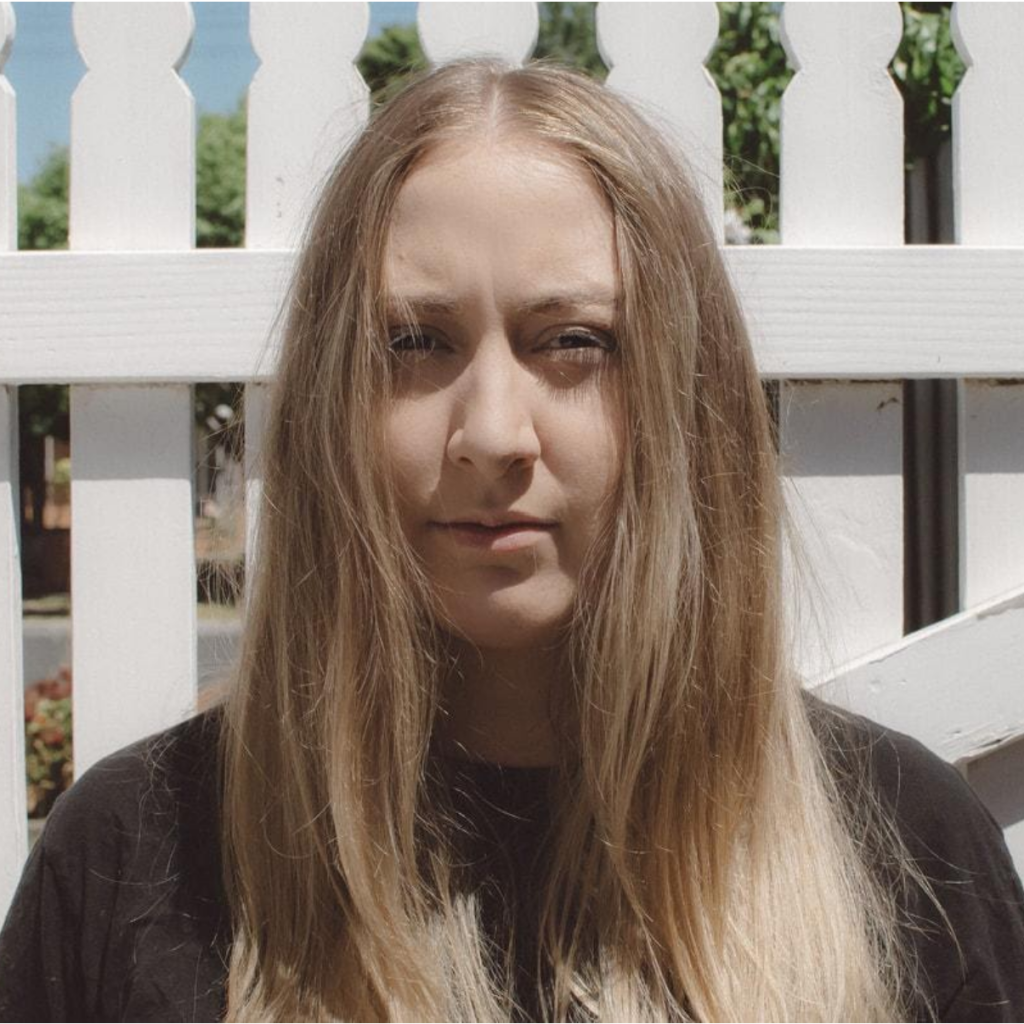