The moment we’ve all been waiting for…drum roll, please…MPavilion 2021—’The Lightcatcher‘—by MAP studio (Venice) is officially open in the Queen Victoria Gardens!

An urban lighthouse. A beacon of joy. An architectural playground. MAP studio’s ‘The Lightcatcher‘ truly needs to be experienced in person to enjoy the grandeur from every angle. Can’t wait to get down there? View mesmerising drone footage shot by Radar Kane and stunning imagery by photographers John Gollings and Anthony Richardson.

A mirrored kaleidoscopic cube featuring an open steel structure on four u-shaped concrete columns, ‘The Lightcatcher’ was conceived as an urban lighthouse. Featuring 89 angled mirrored panels acting as a container of ideas that reflect and amplify both the people and cultural activity taking place in MPavilion, and its ever-changing environment in the gardens. 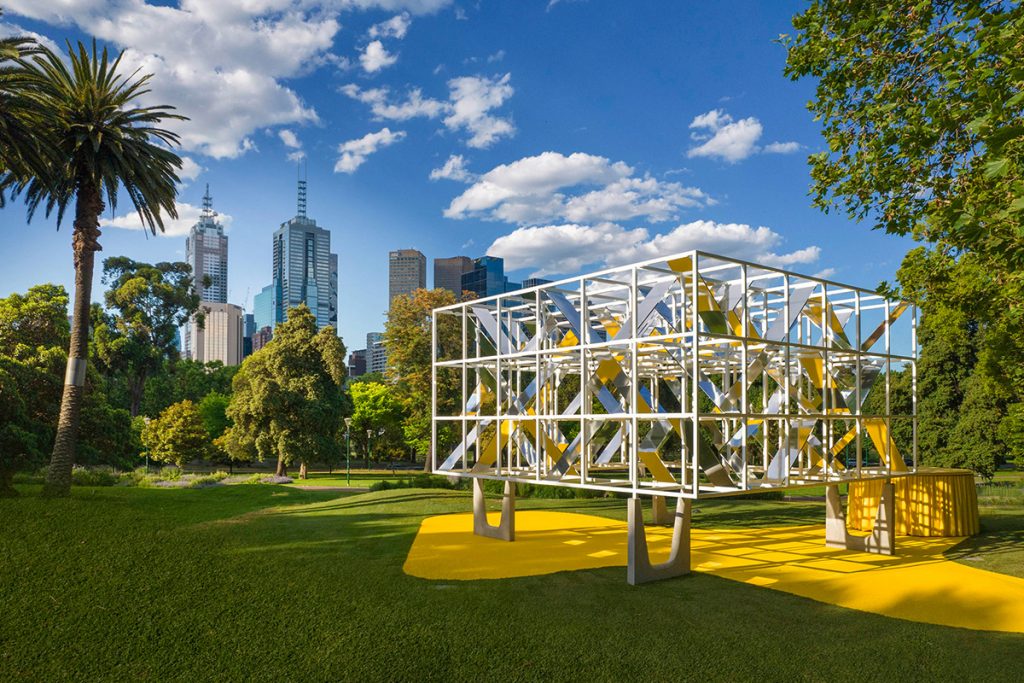 Naomi Milgrom AC founder of the Naomi Milgrom Foundation, who commissioned MAP studio (Venice) to design MPavilion 2021 said, “We are incredibly proud of our partnership with MAP studio. Delivering ‘The Lightcatcher’ under such challenging global circumstances is a testament to both the remarkable minds behind the design and the teams who realised its construction. Their inspirational MPavilion is poised to re-invigorate our city as it plays host for the summer to the energy and ideas of hundreds of designers, architects and performances that will create, work and play underneath.” 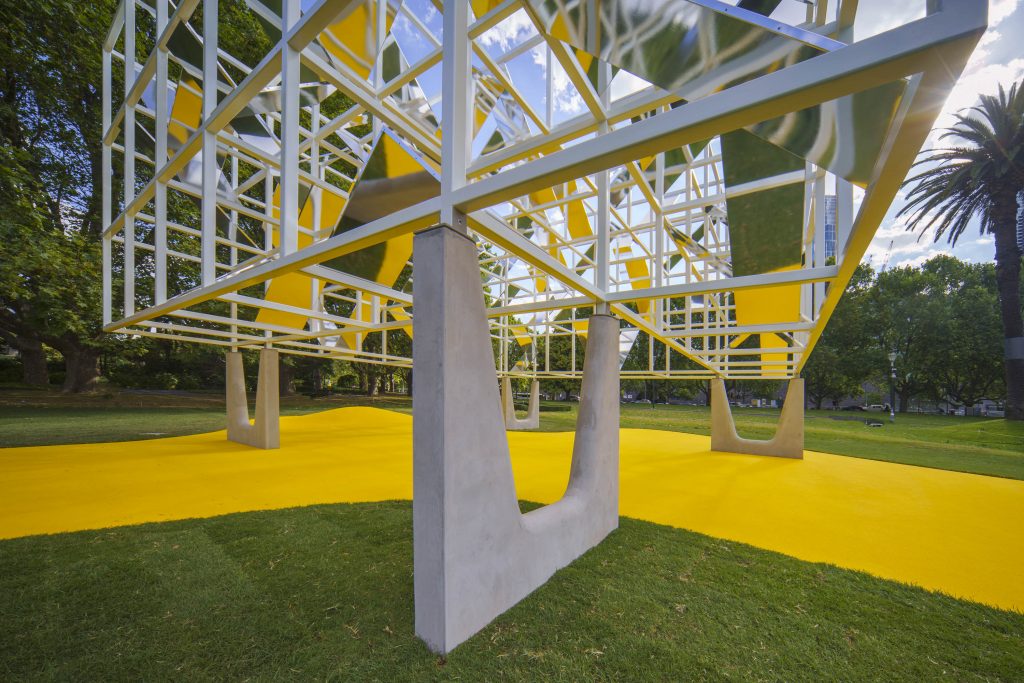 
Architect Traudy Pelzel from MAP studio said “In our minds, the kaleidoscope structure takes on a double meaning of an urban lighthouse to gather people around as an expression of new hope and to glitter our minds into appreciating new horizons. But it’s also a kind of warning. It is not a shelter in nature as the previous pavilions were, but an element of amplification of human activities in nature, as a metaphor of man’s current condition—inspiring an aspect of new awareness of this fragile situation.” 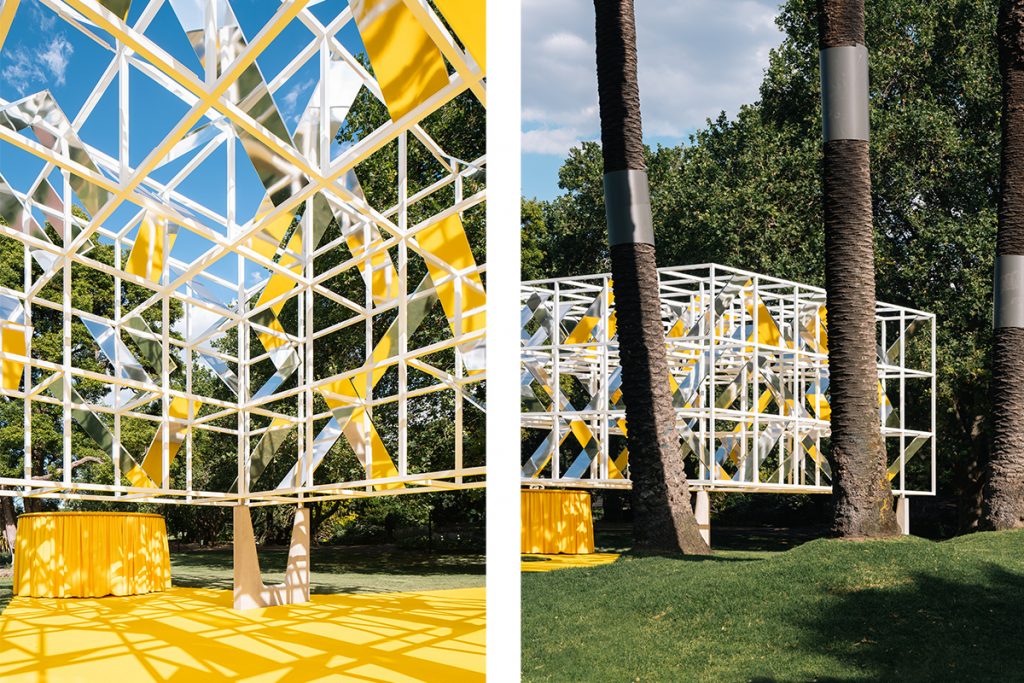 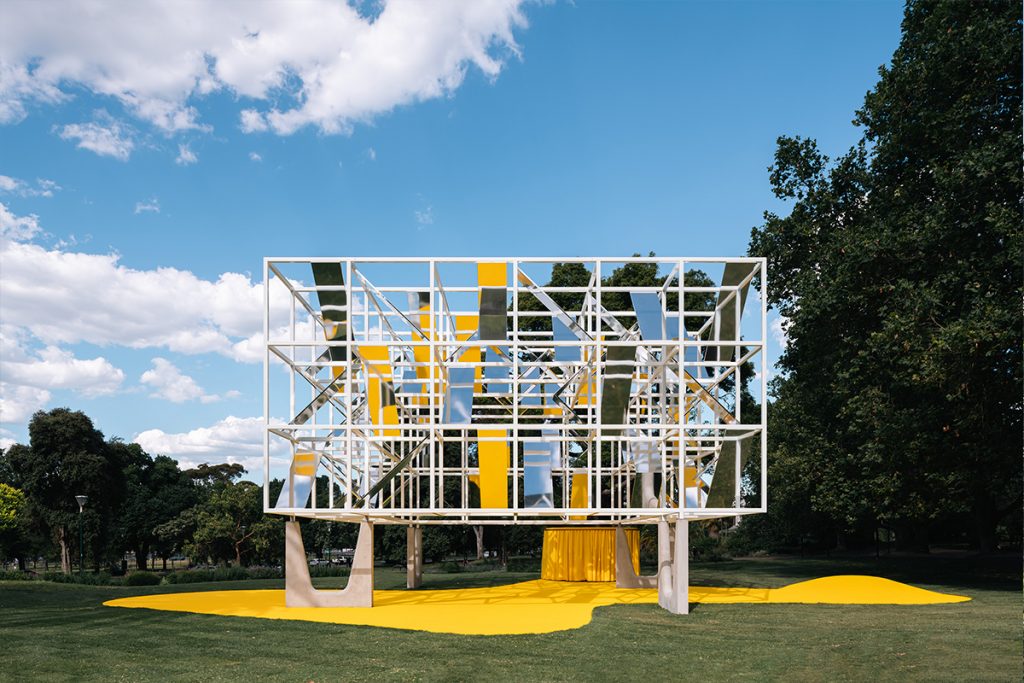 MPavilion 2021 is open in the Queen Victoria Gardens until 24 April 2022. MPavilion is an initiative of the Naomi Milgrom Foundation in partnership with City of Melbourne, Victorian Government through Creative Victoria, and RACV.