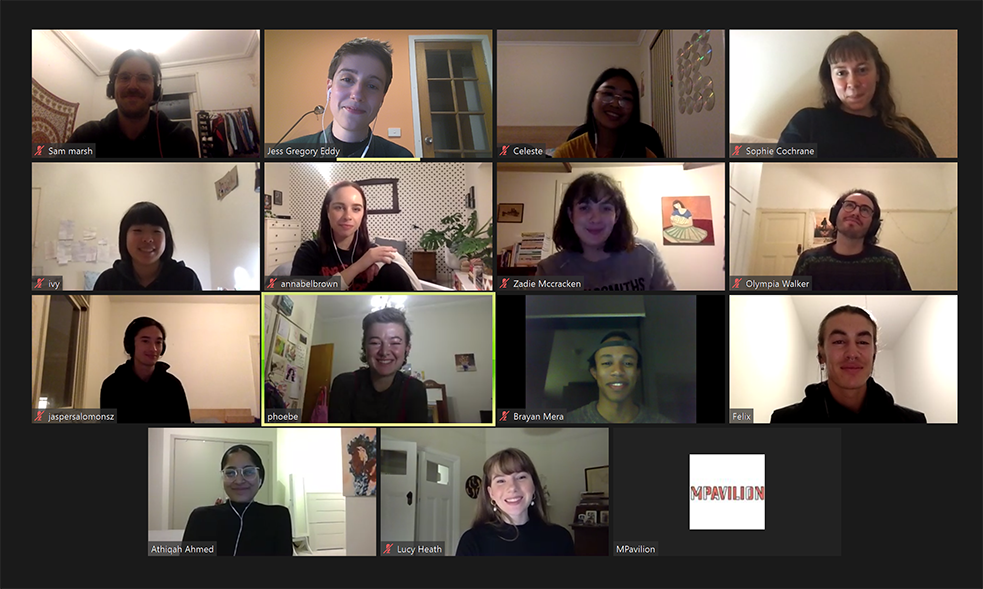 For the second year in a row, MPavilion is working with 16-25 year-olds interested in programming, curating, art, design and architecture through M_Curators: a passionate group of young people shaping our 2020 season. MPavilion’s Creative Director Jen Zielinska and Admin Assistant & Digital Designer Jess Eddy will be guiding a talented group of up-and-coming curators through the ins and outs of arts programming, culminating in a series of events at MPavilion 2020.

Starting in 2019, this program has given an invaluable opportunity to young people aged 16-25, with events programmed ranging from conversational relays about climate change to Auslan art classes.

This initiative is made possible by our presenting partner Bloomberg Philanthropies. 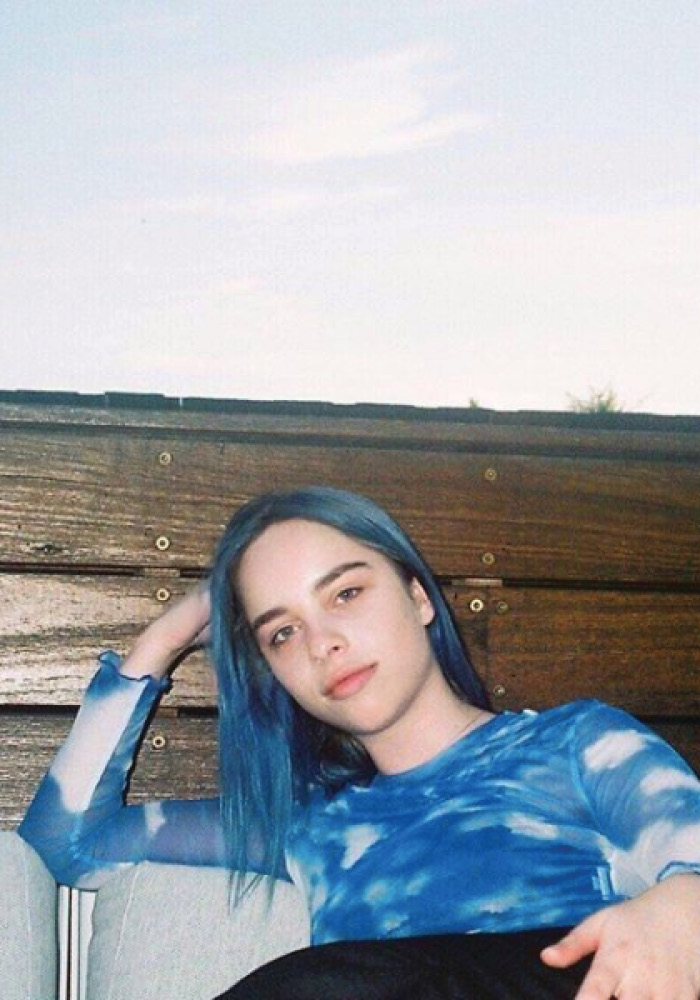 Annabel Brown is an emerging art writer and curator based in Melbourne, currently studying a Bachelor of Art History and Curating at Monash University. Annabel’s practice is grounded in interdisciplinary research encompassing art history, curatorship, and critical theory. Her personal work pursues the idea that art should be accessible and democratic, and in turns works towards increasing art’s accessibility by destabilising the structures of exclusion within the art world as well as writing and sharing information about art in order to build intellectual alliances. 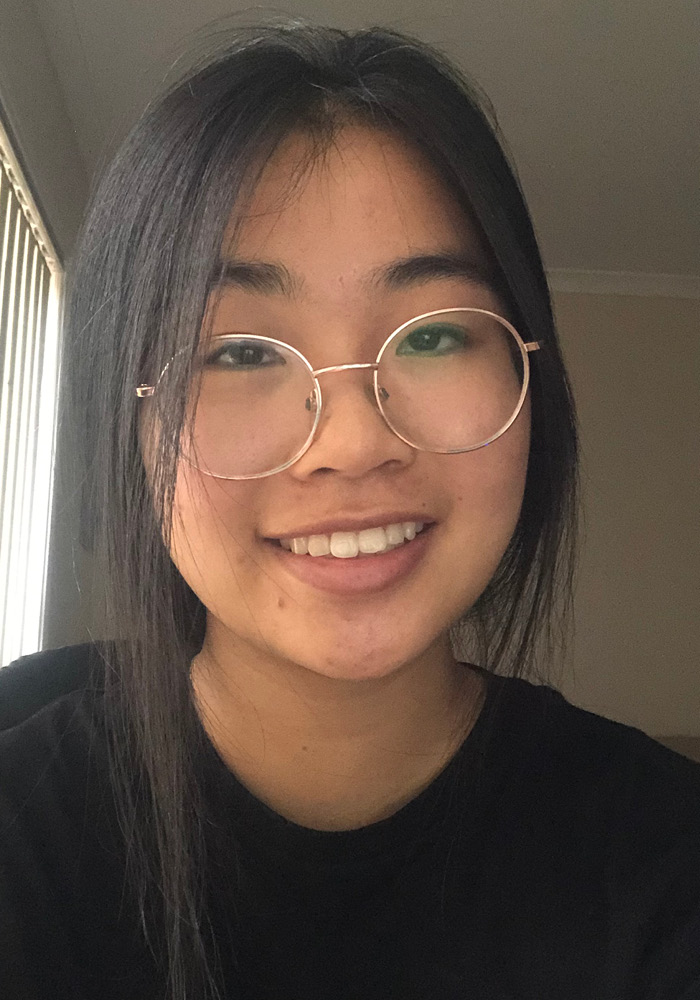 I’m a Melbourne based multimedia designer and producer. Specialising in the area of games, I love creating immersive interactive experiences. My most recent projects focus on incorporating Asian culture.

Currently, I am volunteering as the Executive Producer at SYN Media for Asian Pop Nation. 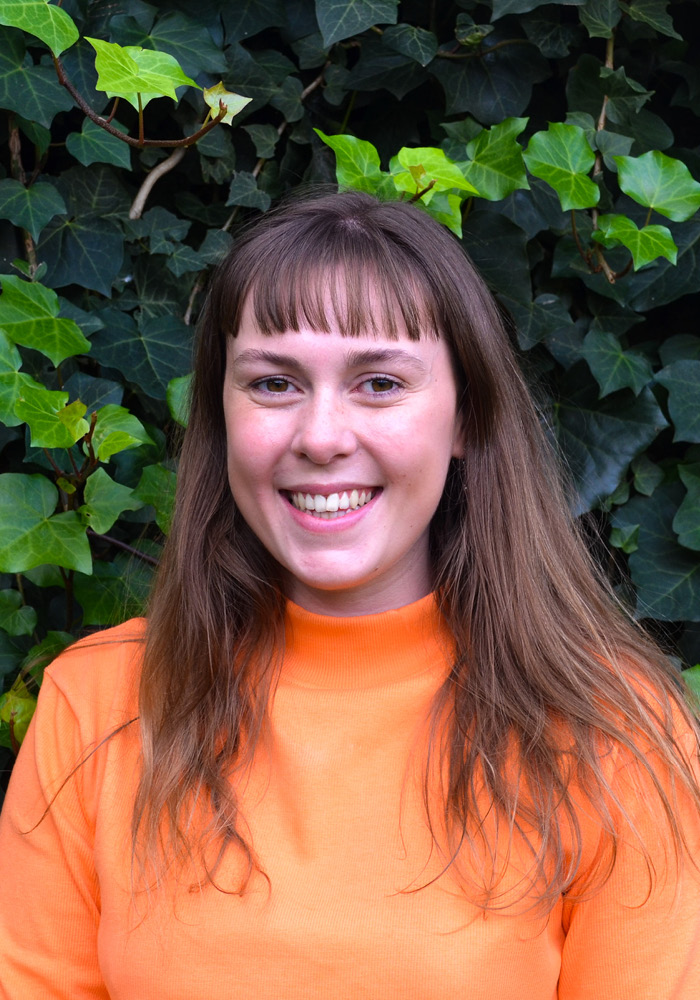 Sophie Cochrane is a multi-disciplinary artist, and a Fine Art graduate undertaking Honours study at Monash University. Her practice explores points of tension; what lies between opposites. She has a particular interest in connection and separation, public and private. 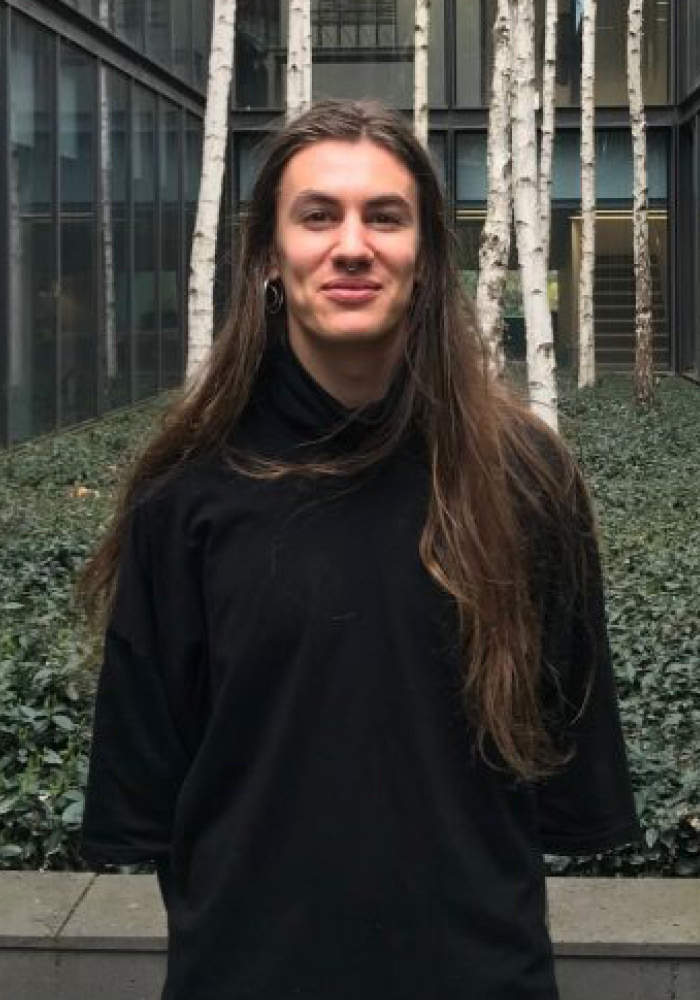 Felix Garner-Davis mostly writes poems and makes music, and used to edit a literary magazine called Malevolent Soap. He is interested in combinations of literary text and visual art, particularly paintings, prints, art-books and video works that integrate poetry. He is also interested in why artists and writers experiment, and what we can learn from their procedures. This season, he plans to curate collaborative events involving sound, projection, performance and text. 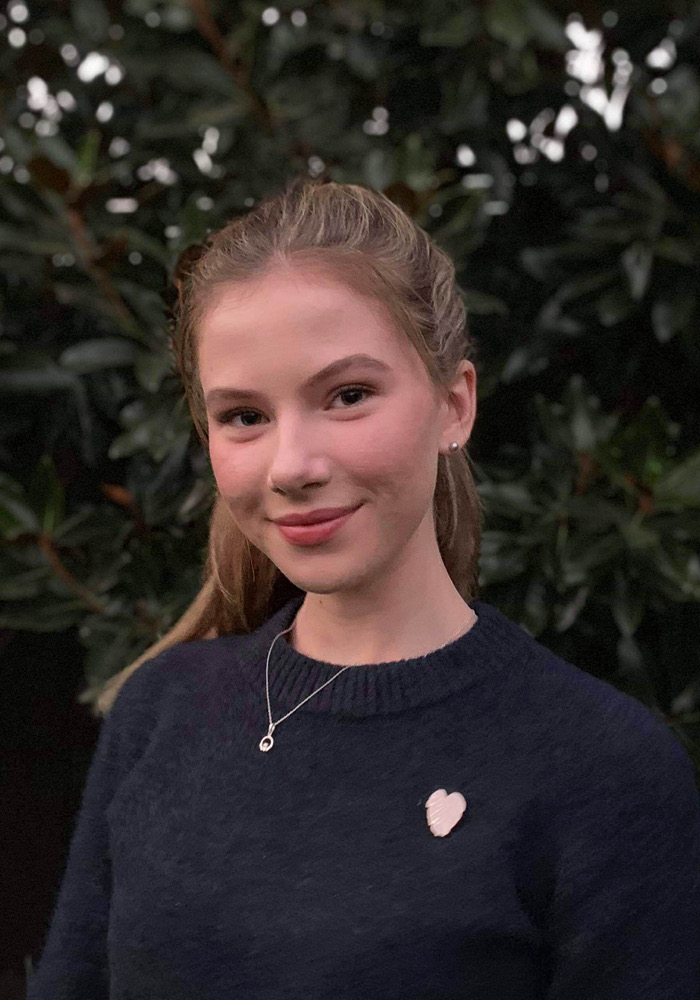 For Lucy, the attraction and promise of design is the power of individual place-based interventions to change the character of an entire area, affording people the potential to live, work and play in new ways. She is excited by the unexpected patterns and relationships that emerge when different disciplinary lenses and observations of a place’s existing spatial, natural, historical, and cultural attributes are layered together. These interests have led Lucy to study a Bachelor of Architectural Design, intern in the Office of the Victorian Government Architect and now be part of the M_Curators initiative, where she hopes to extend the conversation of how urban spaces can build a civic identity, express our shared values and accommodate different ways of being. 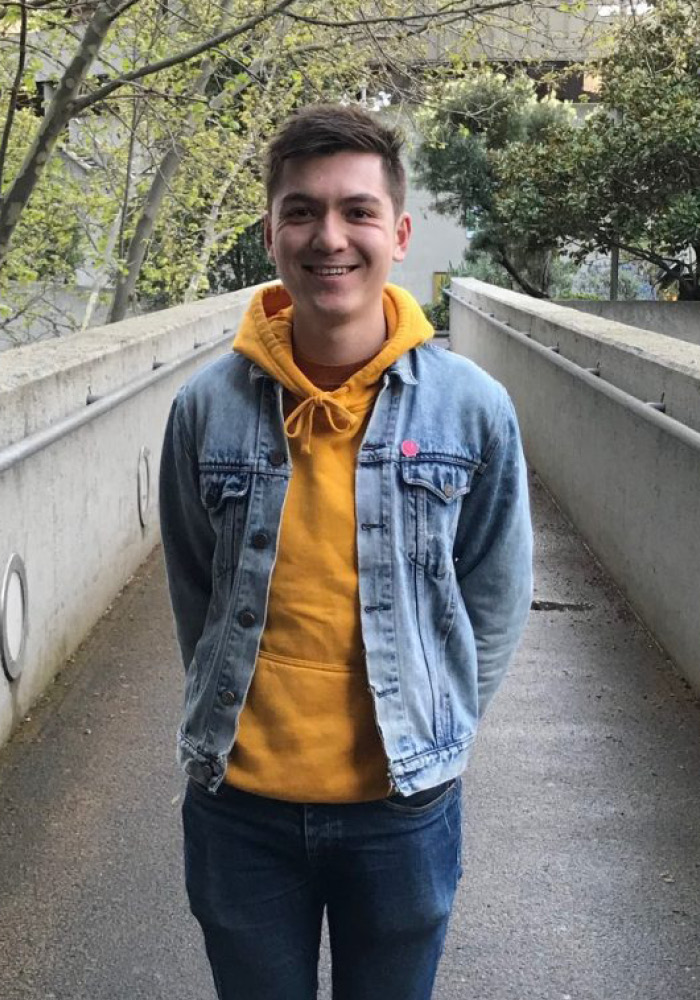 Jett Janetzki is a PhD student researching smart molecular materials. Jett Janetzki has always had a keen interest in architecture and design. This interest has evolved over the years to focus on the importance of urban design and civic spaces on a city’s sustainability, liveability and diversity. With his scientific and analytical strengths, he is hoping to approach ideas in sustainability, city culture and design with an alternate view. This has led Jett to work in multidisciplinary organisations including Science Gallery Melbourne and now MPavilion, in order to tackle the big problems in a more creative and long-lasting manner. 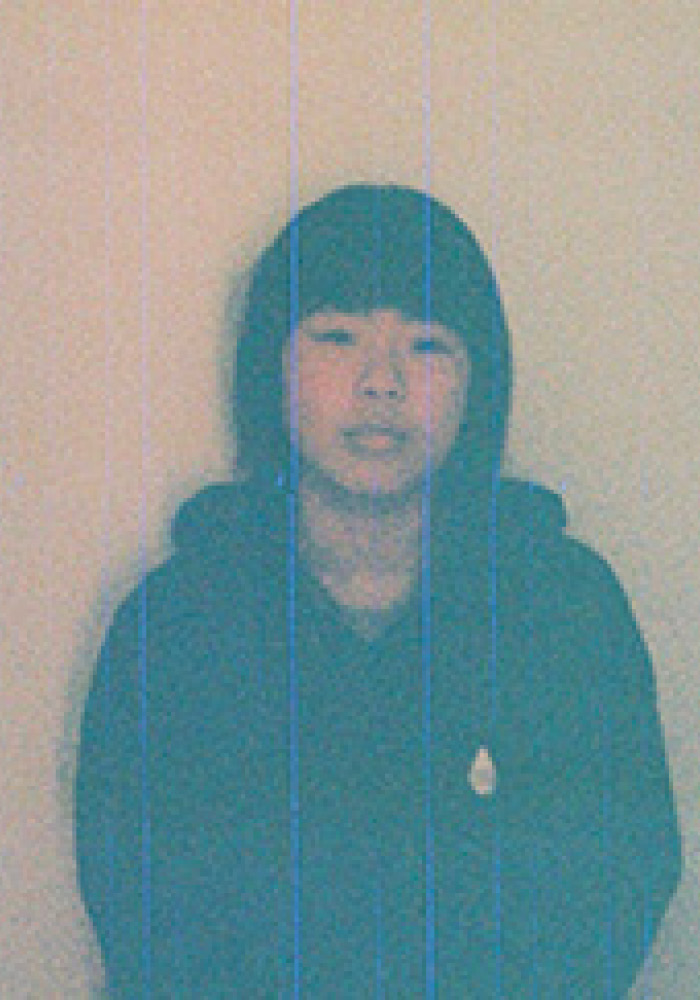 Ivy Luo is a writer, musician and visual artist. Ivy’s work explores society, human nature & desires and consciousness through various forms of expression, often experimental. Ivy values spontaneity and provocation in their work. Ivy cherishes the feeling of connecting with an audience by sharing deeply personal works through music performances and poetry readings. Recently, Ivy has been involved in Darebin Arts’ Let’s Take Over program as a producer. 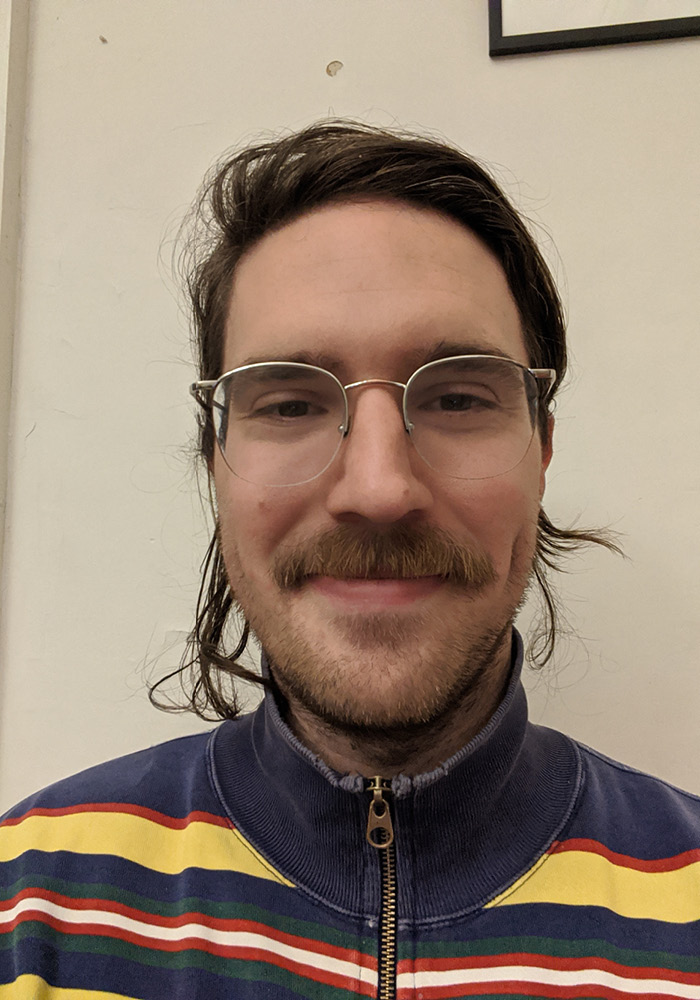 Hi, I’m Sam. I’m 25 years old. I’ve been making music and running events from time to time for just over 5 years now. I’m fascinated in the direction society will be taken in by the interplay between art and advancing technologies. I hope someday to be able to tap into this to help create meaningful and immersive experiences that open up new perspectives on how we can collectively be. 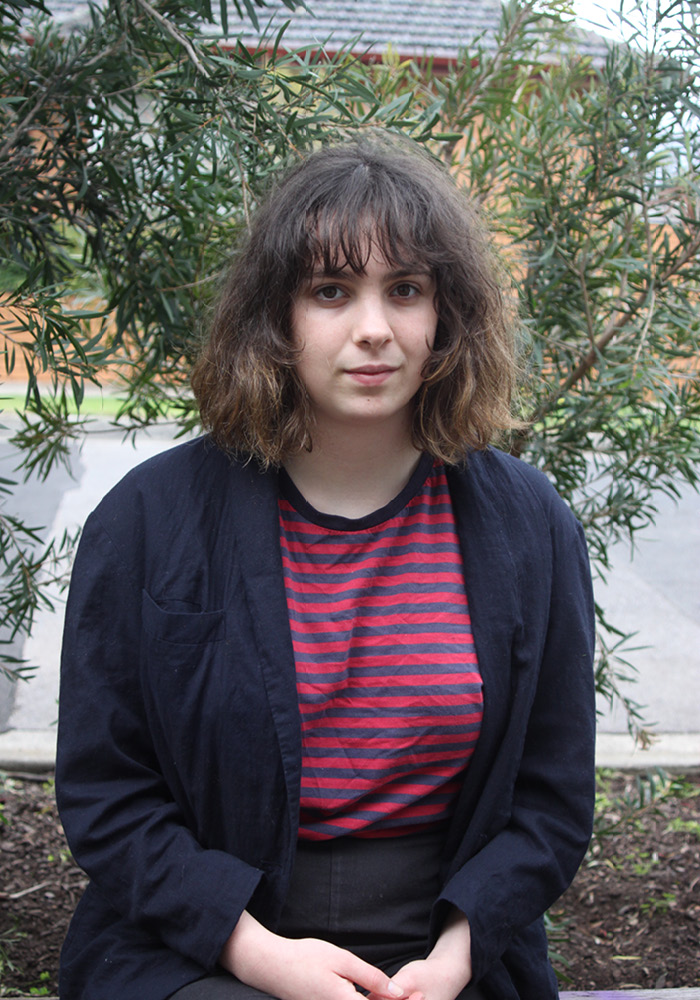 In 2018, Zadie was a producer in Darebin Arts’ inaugural Let’s Take Over program, and is an ongoing part of Body of Knowledge, a theatre project held between Melbourne, Sydney and Amsterdam. In addition to writing, producing and performing, Zadie likes painting, making to-do lists, wearing glitter and watching TV. 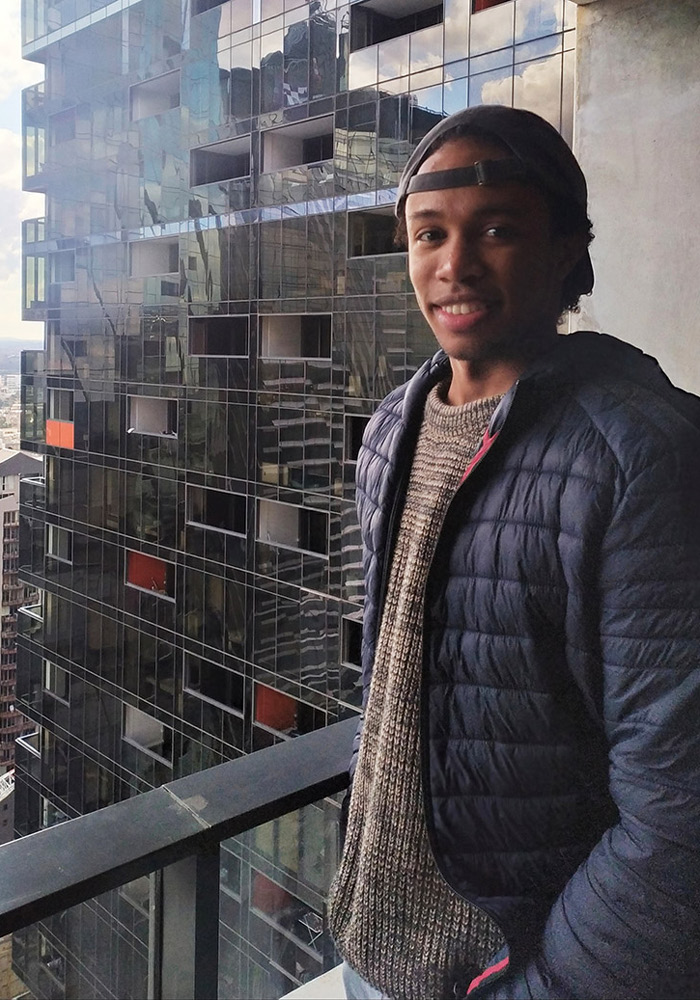 I’m a 23-year-old international student from Colombia. With 8 months having been in the land of kangaroos I have realized how enriching traveling and learning about new cultures is. I consider myself as a dreamer, I have many goals and I believe that every human being on this planet has something to teach and learn. My first close experience with art was being a volunteer in a Museum of Contemporary art in the city of Cali and as the first project of my English course in Melbourne, I recorded a podcast with RMIT University. Currently I’m studying a Diploma in Leadership and Management. 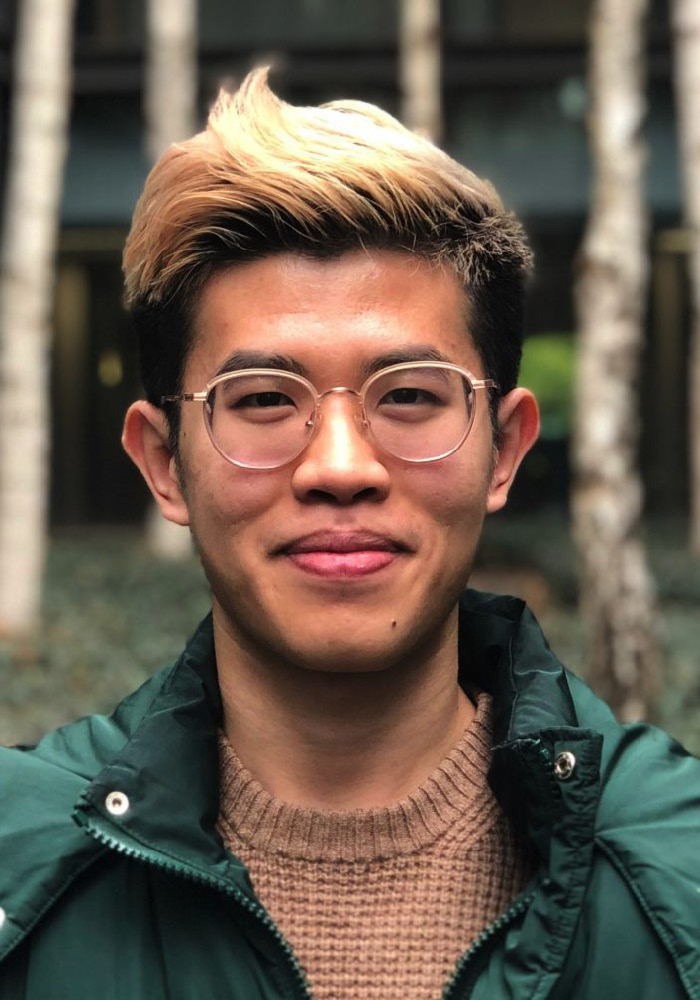 Henry Nguyen is a multi-disciplinary creative with a background in visual communication design. He is most interested in the values in the art that connect different communities whether in a sentimental or aesthetic aspect. Henry also practices art himself utilising multiple media such as embroidery, paintings, drawings, ceramics and poems exploring self-identity, culture and inner self. His works dive deeply into the inner self and observe mundane activities to express the self as a unique individual but also a part of a whole, allowing the audience to relate and connect. 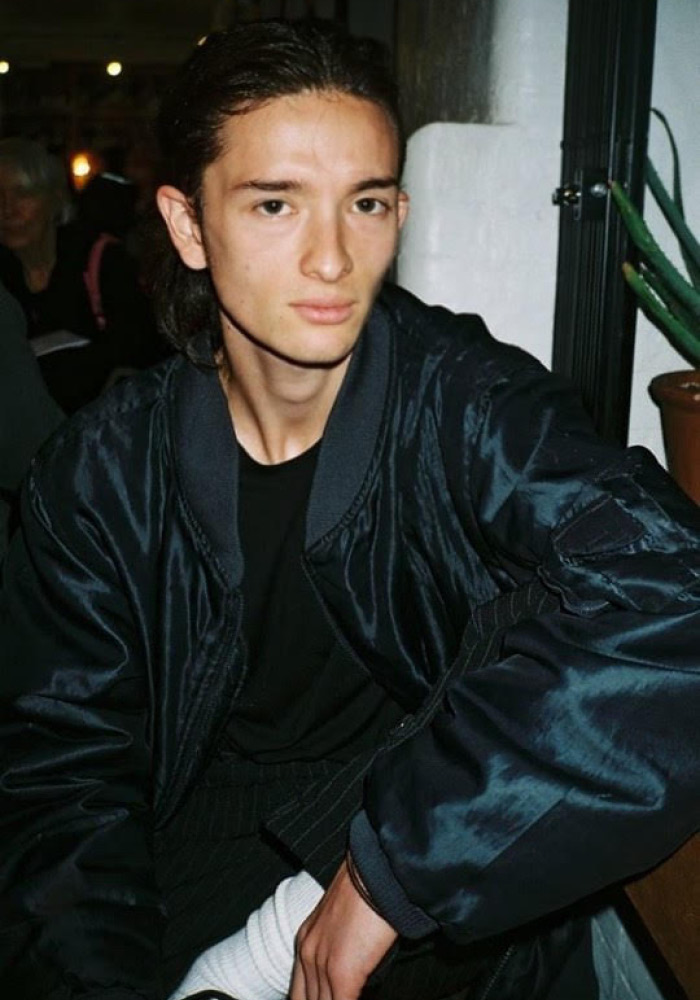 Jasper Salomonsz is a BA (Art History & German) graduate, dance/movement researcher and ashtangi. Informed by Somatics, embodiment theories and developments in neurobiology, his research and practice explores the psychotherapeutic potentialities of movement. 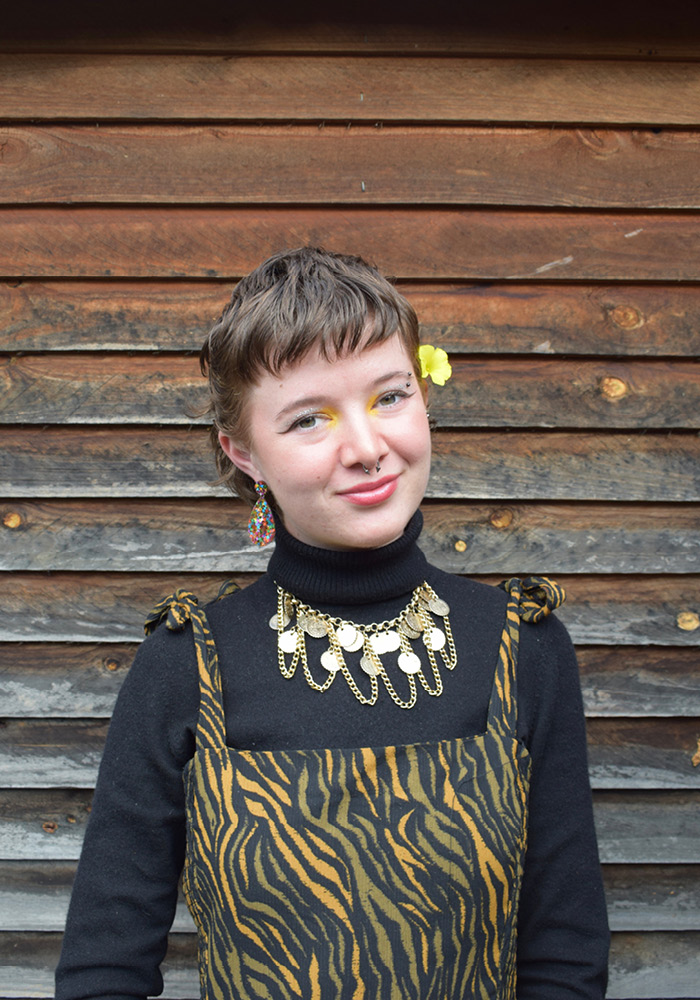 Phoebe Thompson is a multi-disciplinary artist, living and working in Boonwurrung and Wurundjeri country in Naarm. Her practice utilises abstraction, portraiture and text with a focus on intuition and catharsis in order to document and investigate personal histories. Her recent works use the durational act of sewing to delve into the significance of needlework in time-honoured female creative practices. Her work has been exhibited at Kingston Town Hall and has been published in Voiceworks Magazine. She is currently studying a Bachelor of Fine Arts at RMIT University. 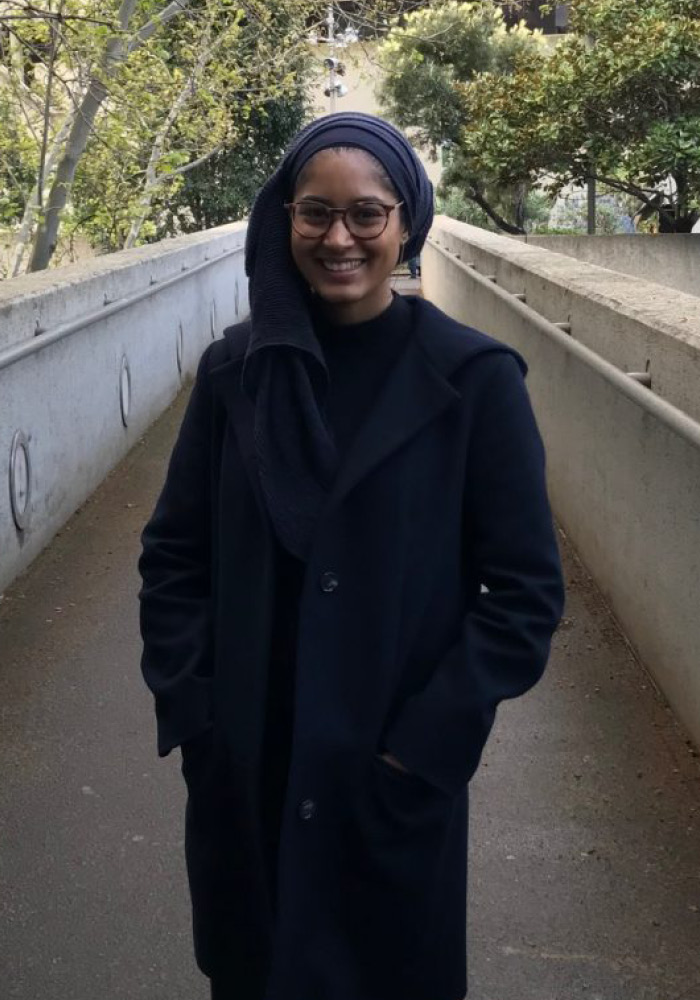 Athiqah Ummi Salma is a graduate of Bachelor of Interior Architecture (Honours) at Monash University, currently practising as an Interior Designer at DesignInc. Athiqah’s personal work delves into the themes of technology, identity and culture, and their continuing influence onto space. Her critical approach stems from an initial analysis of the intrinsic qualities of the human body and their extrinsic projections onto space. This approach functions as a dominating lens for the body of research Athiqah is concerned with, currently, namely the interaction of bodies within the parameters of the city, borders, and surveillance. Continuous dialogue is set up within the duality of her framework, discussing the reality between body and space, which remains a constant foundation within her present investigations. 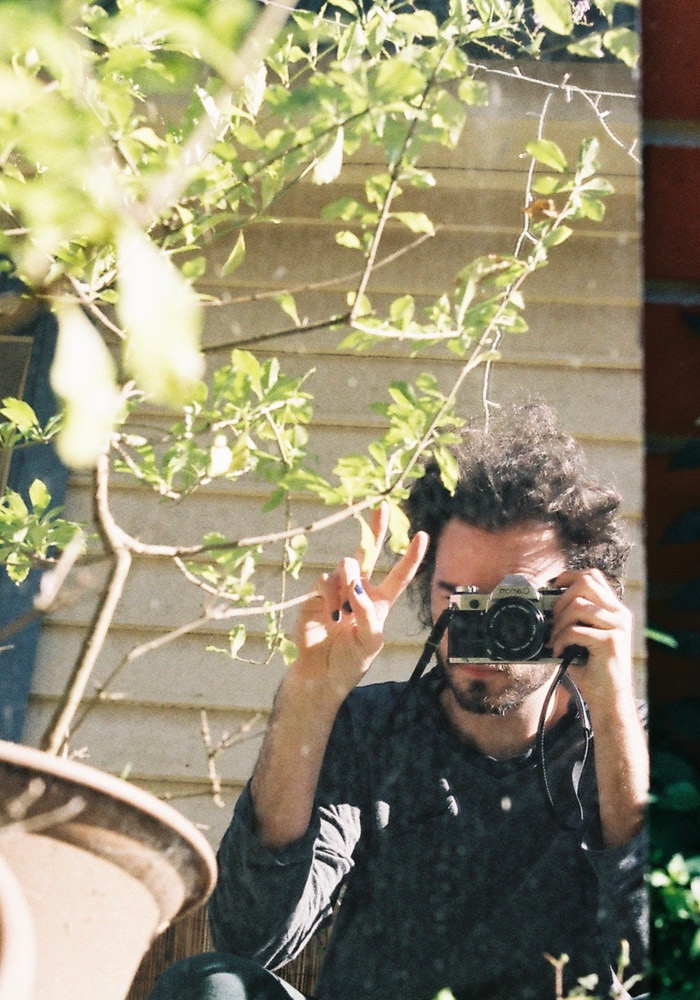 Olympia was born on Wadjuk Noongah land in Fremantle, W.A., and now lives on Wurundjeri/Woi Wurrung land. Olympia accumulated HECS debt studying contemporary dance at the VCA, where they worked with choreographers such as Phoebe Robinson, Dr Sandra Parker, Oliver Savariego, Gideon Obarzanek, and Lee Serle. Over the past three years Olympia has been making durational / longitudinal solo work that explores and (de)constructs queerness, gender, and individual identity through the appropriation of songs, spinning, and chatting to people while drinking tea and eating pistachios. In their free time Olympia enjoys fighting for climate justice, destroying the cis-hetero-patriarchy, and eating Mexicana Doritos in bed.